Riverdance in town ~Twinning with Cork City and County ~ School Pageants and much more .
There’s ‘talk’ of a Wilde event ! and it will be anything but wild as his de profundis. The door of his cell from Reading Gaol is in Nottingham !
Let the journey begin !

We are still making them to the calibre of Roger Casement’s humanitarianism.

and many from the Irish in Britain

New play on the life and loves of Lucia Anna Joyce , daugther of James Joyce and Nora Barnacle ….now published

Would you like to book -Letters to Lucia touring 2019 .It tells the story of the loves and life of Lucia daughter of Jame and Nora. Lucia spent many years prior to death living in Northampton UK. 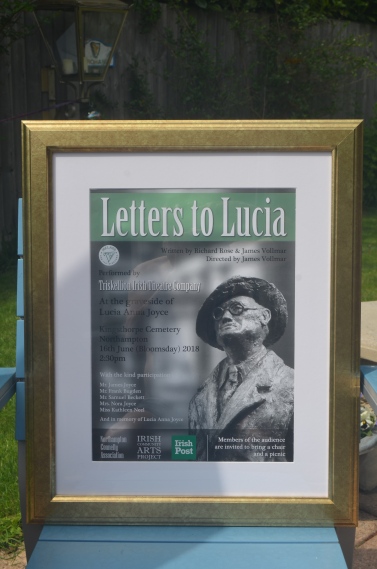 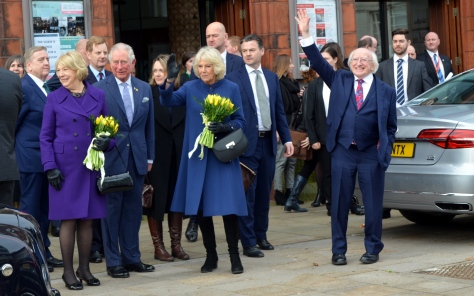 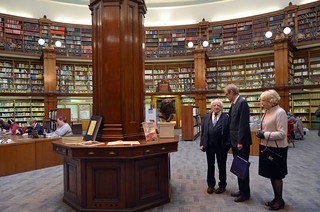 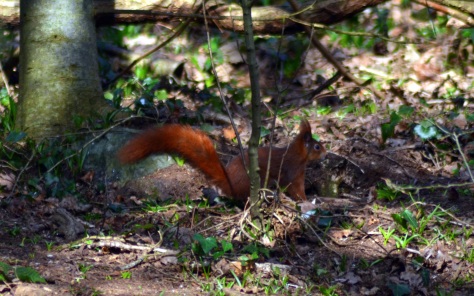 We all know of the beautiful Dingle or An Daingean   peninsula Co. Kerry . Meaning   “fort of Ó Cúis”), here  as you walk along the coast you tell your fellow travellers , while pointing out to the sea ” The next parish is Manhattan New York.

Disappear into a nature reserve in the heart of Anglesey,  North Wales and you will find another Dingle  meaning  “steep wooded valley”. Because of its near island existence, except for the connections over the  Menai Strait it is the  ideal place to pilot the introduction of the native Red squirrel to the British isles.

Pass through the village of Llangefni and you could easily miss the Dingle (Nant y Pandy) Nature Reserve. This blissful woodland appears to be hidden at first, but it offers an enticing escape into a landscape that is alive with wildlife. The park also hosts several sculptures that reflect the character of the nature reserve. Bring your camera for photos of this peaceful corner of Anglesey and take your time to explore the area.

A raised and fenced wooden boardwalk was one of several 21st-century developments in the nature reserve. Find the start of the trail then set off to explore the area with ease, on foot or by wheelchair or stroller. The paths run beneath a canopy of oak and ash trees. Come in spring to witness the undergrowth explode with the colour of bluebells.

Look for the artworks that decorate the parkland as you walk around the trail. Sculptures include a giant dragonfly, seed pods and split timbers with a poem engraved on the inside. The park also includes sculpted benches and picnic tables, making it an ideal place to take a break.

Follow the trail in a circular route. The whole trail is about 1.5 miles (roughly 2 kilometers) long. At a gentle pace you should finish the circuit in around an hour. To explore some more, keep going to find the Cefni Reservoir on a 6-mile (10-kilometer) round trip.

Take binoculars to Nant y Pandy to spot the wildlife that lives here. Red squirrels are rare elsewhere in the country, but have been reintroduced to parts of Anglesey, including this reserve.

Frogs, newts, adders and lizards make up the reptile population, while a wide variety of birds call the reserve home. Watch the water’s edge for a glimpse of a kingfisher’s iridescent colors.

The Dingle (Nant y Pandy) Nature Reserve is free to enter and open throughout the year. Drive to the Church of St. Cygnar and park nearby, then head out onto the trails on foot. The wooden boardwalk does not require special footwear or hiking experience.

What is the best piece of Irish Music ?

Here are my favourite versions ;

One thought on “Irish News”